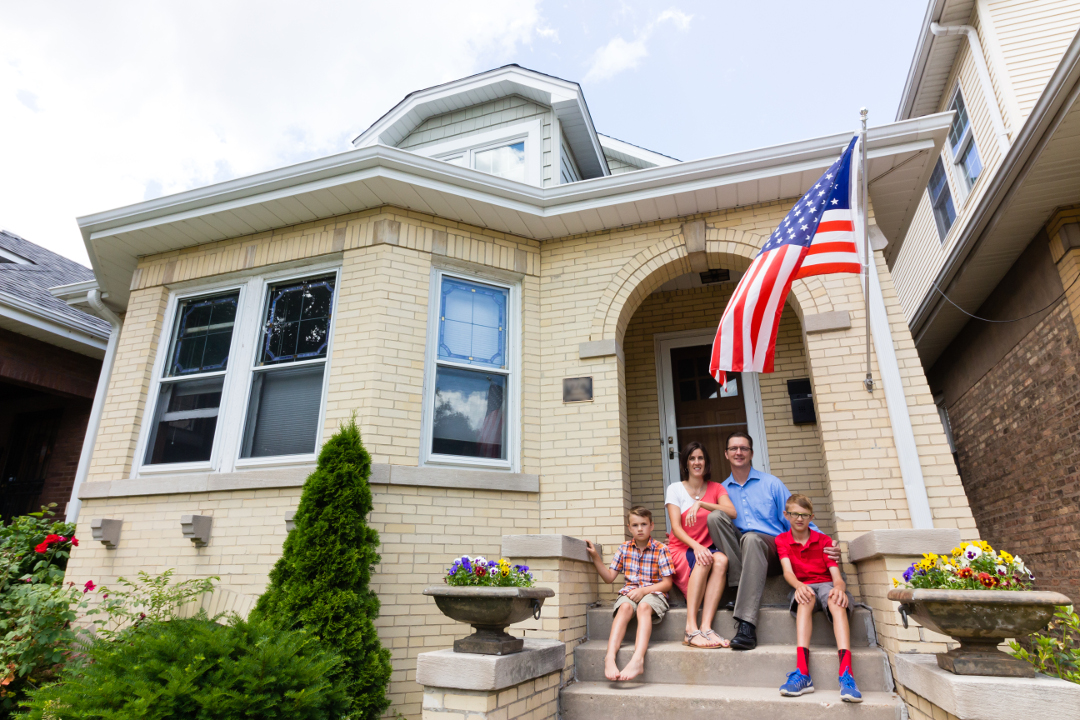 For many years, the ubiquitous Chicago bungalow garnered little architectural respect, as homeowners remodeled and built additions with little concern as to how it would affect the character of the house. Now things are changing as homeowners like Kristin and Dustin seek out bungalows and honor this piece of history even as they update it for the 21st century.

I sat down with Kristin to discuss why and how she managed to not only preserve, but enhance, the character of her 1920’s bungalow.

“I grew up in Chicago,” says Krisin. “I always loved bungalows. You can find gems of old houses in the not-trendy neighborhoods that people don’t know about.” Now Kristin and her husband Dustin are proud bungalow owners and are active in the Chicago Historic Bungalow Association.

Since buying their bungalow 12 years ago, they have been improving the exterior and the first floor, being careful to let the house dictate the style. Walking up to the house, the first things you notice are two lovely stone planters and an address plaque, both in the Craftsman style. That style continues on the inside, with wooden trim and crown moldings, stained glass windows, and Craftsman light fixtures. 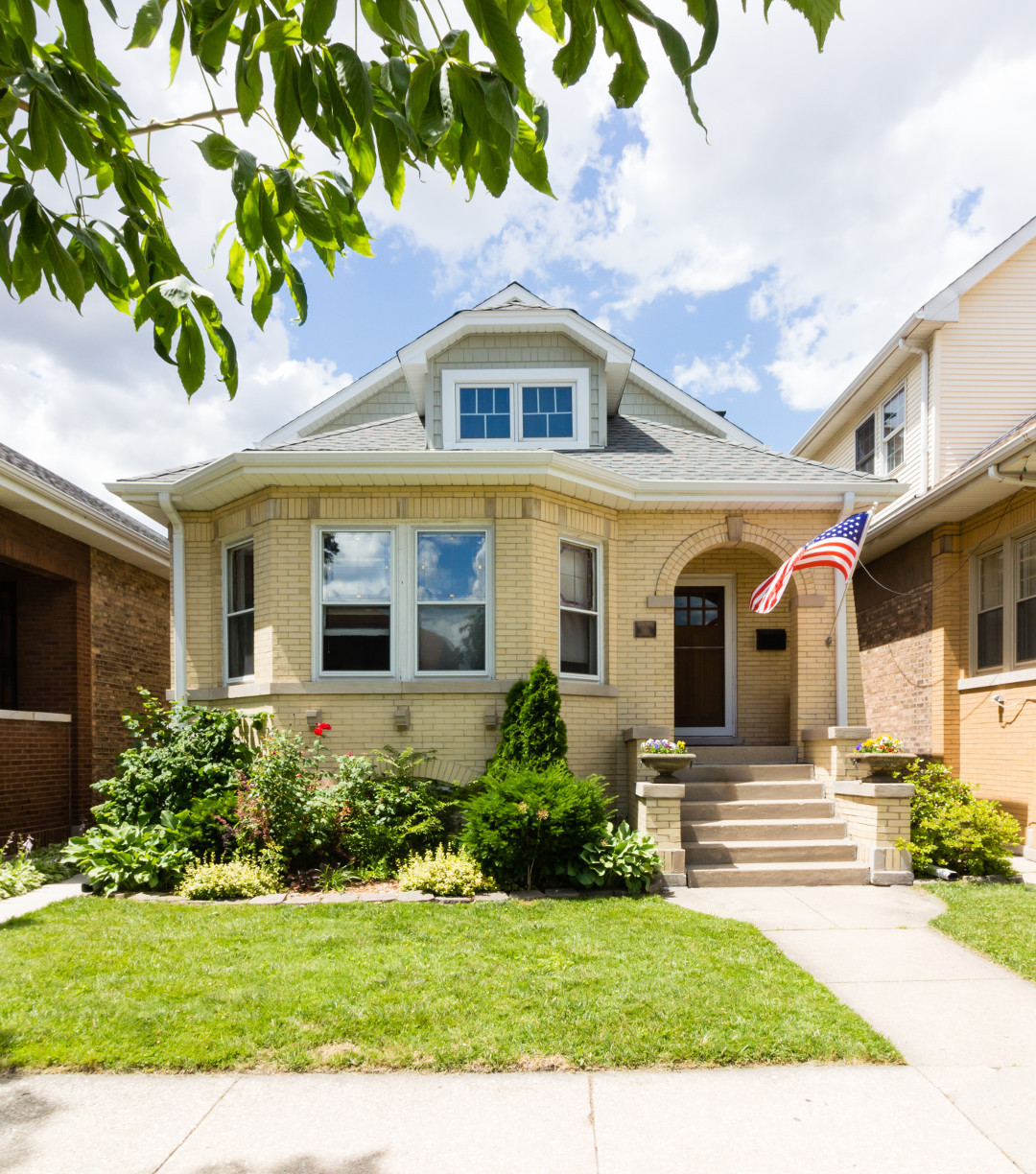 Among their proud accomplishments is a Diehaus Preservation Award, which they received for their built-in buffet and a stained glass window installed over the mantel. The house was missing the original stained glass window, so they hired an artist to build one to match.

They opted to keep the layout of the first floor. Kristin explains, “I know a lot of people like open concept but why mess with a good thing? Why ruin the character of something that’s been around for so long?”

Still, with only two small bedrooms on the first floor and a growing family, time came for an addition.

When Kristin and Dustin contacted Leader Builders about adding a second story to their bungalow, we knew it was a perfect fit. We both wanted the addition to blend seamlessly with the existing house so to preserve its character. We showed Kristin and Dustin a similar project we had done. “When we saw the other house,” Kristin knew, “we wanted the craftsmanship [Leader Builders] brought.”

The new addition includes a master suite, an additional two bedrooms and a bathroom, and a beautiful loft which brings in lots of natural light. Throughout the house, we installed ducts because there was no air conditioning, and while the first floor had radiant heat, there was no heat on the second floor. On the first floor, we kept the plaster walls, but we replaced the electric and refinished the floors.

We worked together from start to finish. Regarding the loan process, Kristin says, “[Leader Builders] did a really nice job working with our lender. It’s really hard to find a construction loan. The big banks won’t touch it. Pete [Antonow of Leader Builders] was more than accommodating. He handled it all.”

As for the design, Kristin explains, “to be designated an historic building, there are certain rules you have to follow.” The 20 foot setback of the addition is one such example; it’s barely noticeable from the street so it doesn’t change the original look of the house. However, that doesn’t stop the new addition from feeling wonderfully spacious on the interior.

When you come up the stairs to the new second floor, you’re welcomed by a bright and spacious loft. In front of the window hangs another piece of stained glass, this one recovered from a bungalow down the block. 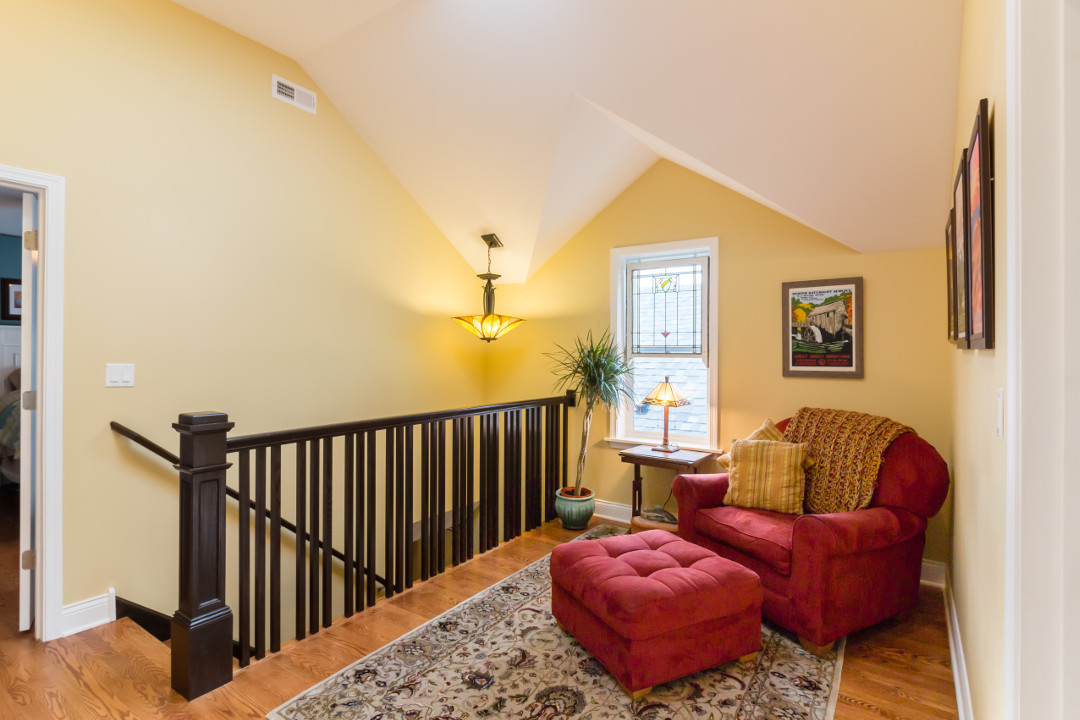 The shake shingles and the dormers were other design choices made to enhance the character. “We could have done a box or a smaller dormer but we wanted more character,” says Kristin. We even created a faux dormer bump-out in the master bedroom. 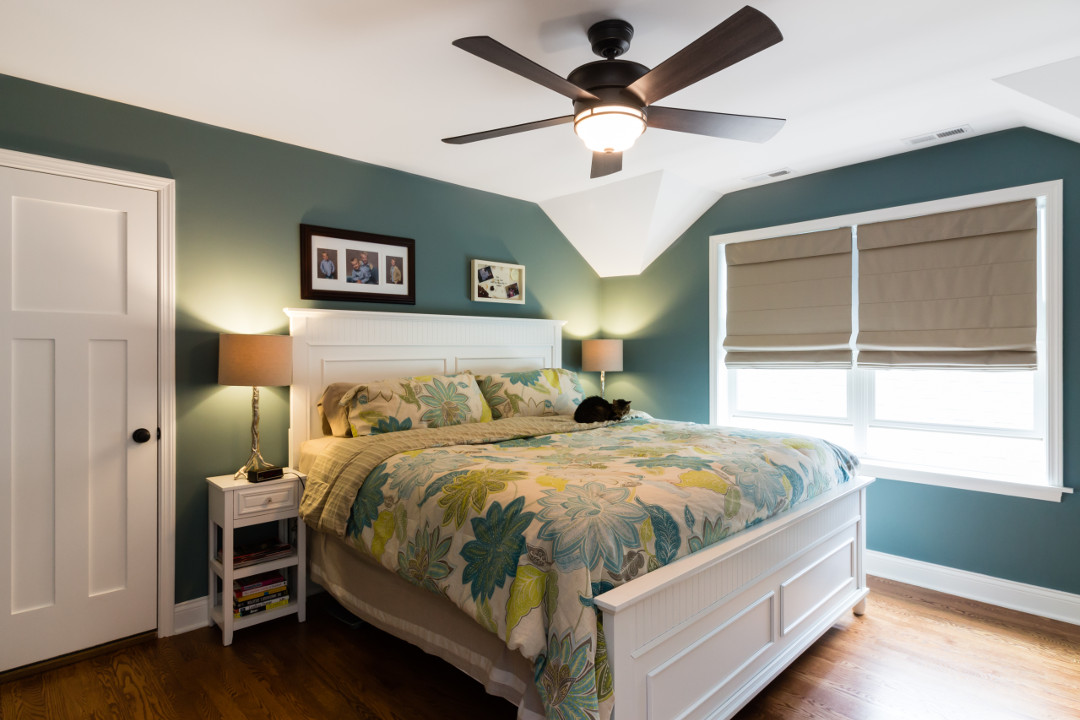 Some choices were about functionality as much as design. “Pete suggested a dormer in the shower for when the boys get taller,” says Kristin. “He really came up with the ideas on his own.” 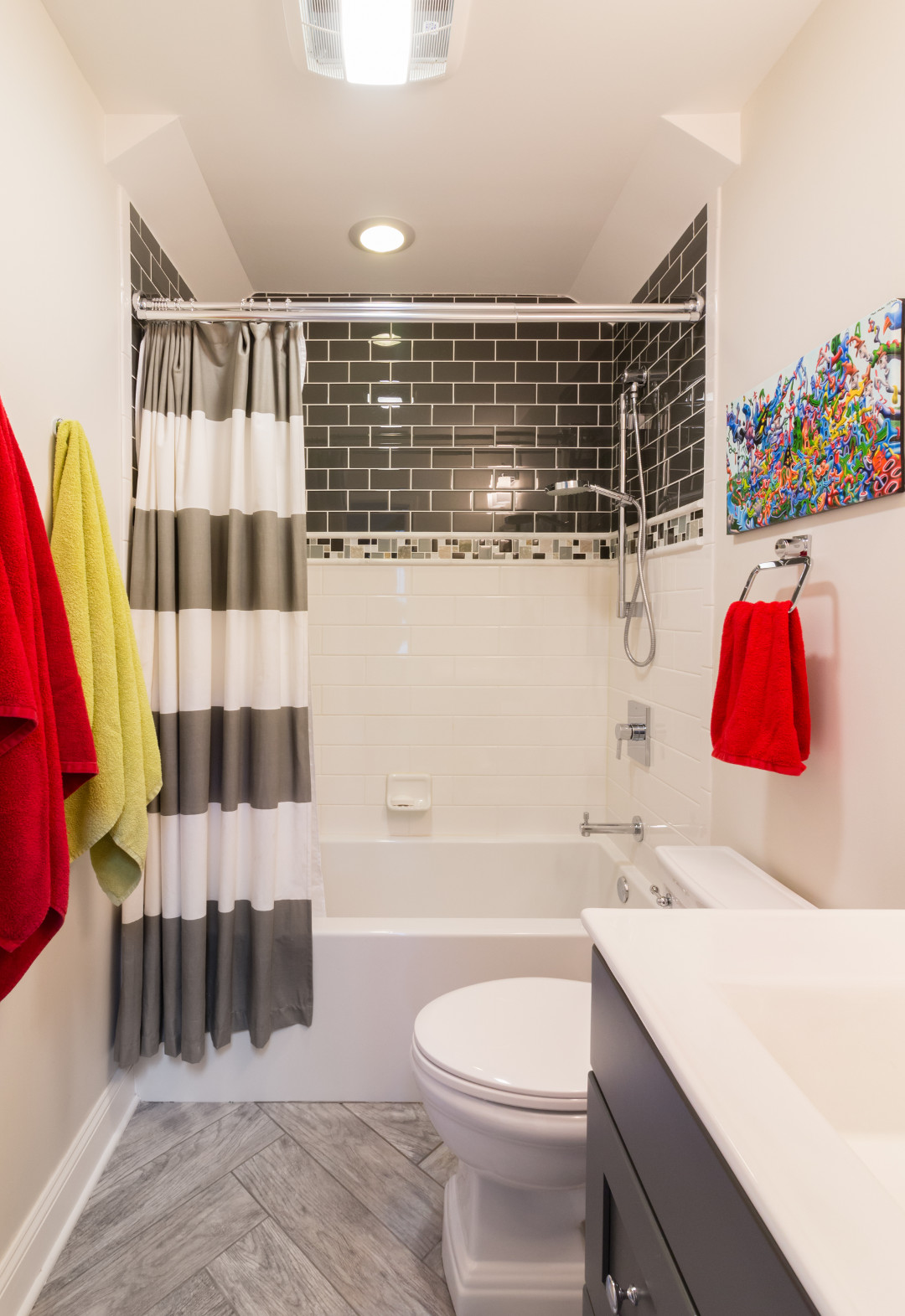 Regarding the construction phase, Kristin says of the experience, “[Leader Builders] did a great job communicating and letting us know ahead of time when they were going to be working in a certain room.” This was essential as the family opted to live in the house during construction.

Overall, Kristin and Dustin speak highly of their experience. “[Leader Builders] did a good job thinking about how it would fit our family, be functional, and keep its character.”

If you would like to learn more about our design-build home addition and renovation services or find out how we can help with your dormer addition or bungalow remodel, please get in touch.