As we wrap up the decade, we’re taking a look back at the top trends. The 2010s were an exciting time for interior design: Houzz launched in 2009, followed by Pinterest and Instagram a year later. These platforms gave us a window into formerly private homes, inspiring us to try out trends and influence others with our perfectly staged vignettes. Some trends were short-lived — they oversaturated our social media and we quickly grew tired of them — while others have persisted for over a decade. Here are our top ten:

Mad Men premiered in 2007 and its Mid-Century Modern style took hold and defined the next decade. Reproductions of Eames lounge chairs abound. On trend, in 2015, we restored this Park Ridge Mid-Century home on an episode of HGTV’s House Hunters Renovation. 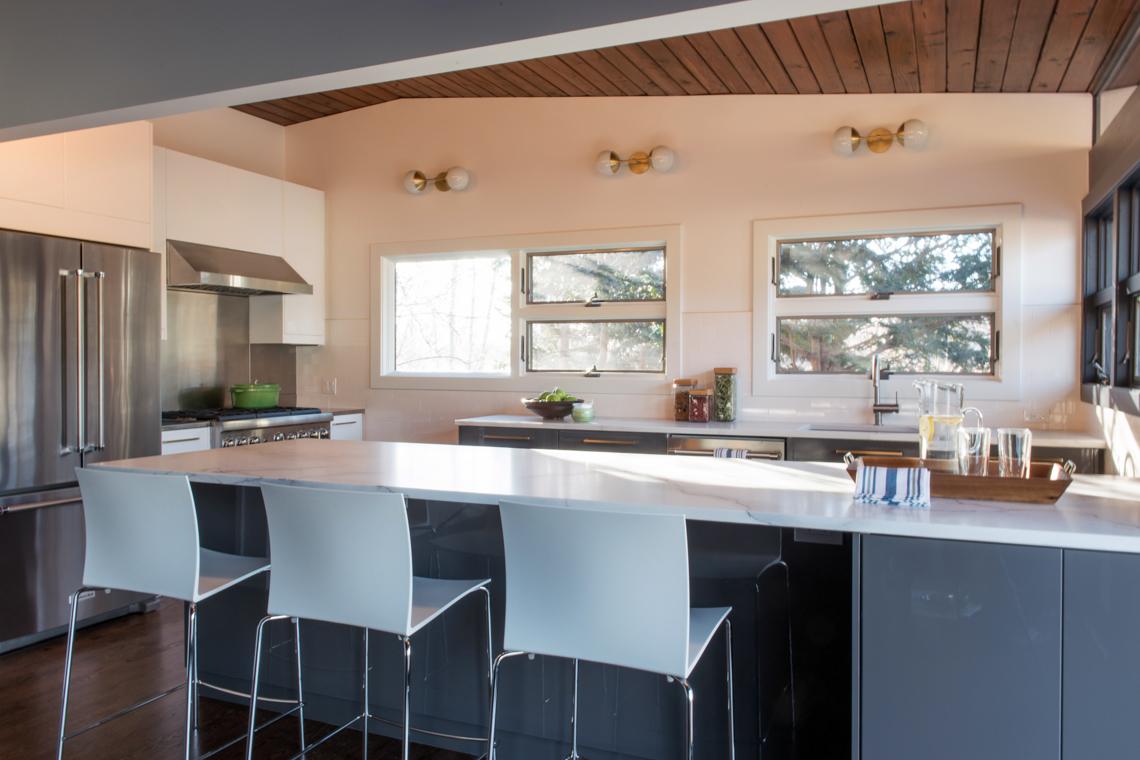 No one expected the MCM revival to last this long, but it appears to finally be giving way to a revival of 80s Postmodernism. We’re talking bold colors and patterns, totally tubular couches, fluted tables, and everything playful and weird. 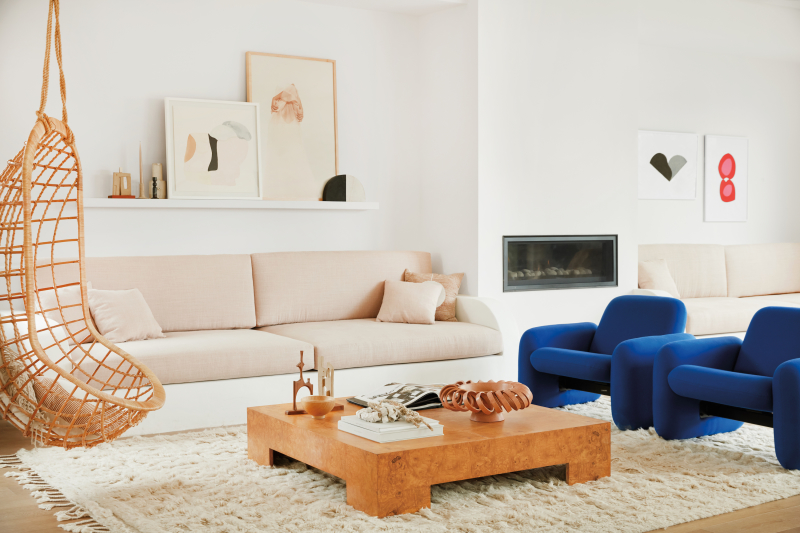 One of the first trends to take over Pinterest was the zigzag chevron pattern. Chevron, along with its tie-dyed cousin Ikat, could be seen on everything from curtains to rugs to walls, while its other cousin, herringbone, took over our kitchen backsplashes. 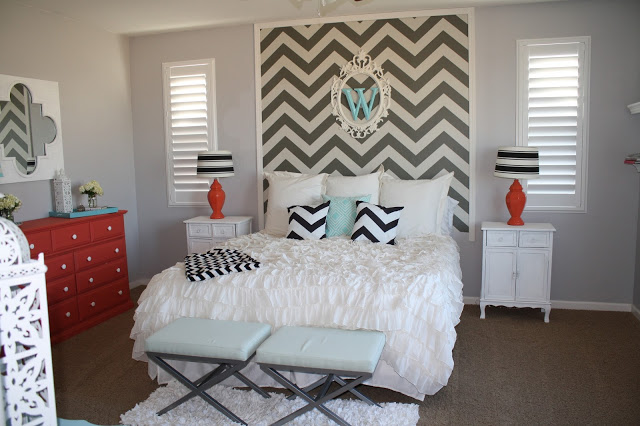 Design by How Sweet It Is | From Master Bedroom Restyle

We think terrazzo is the next chevron. This composite of rocks and cement has its origins in 18th century Italy and achieved popularity in the US in the 1920s, as part of the Art Deco movement. It’s coming back not only in floors and countertops, but also in wallpaper and fabrics. 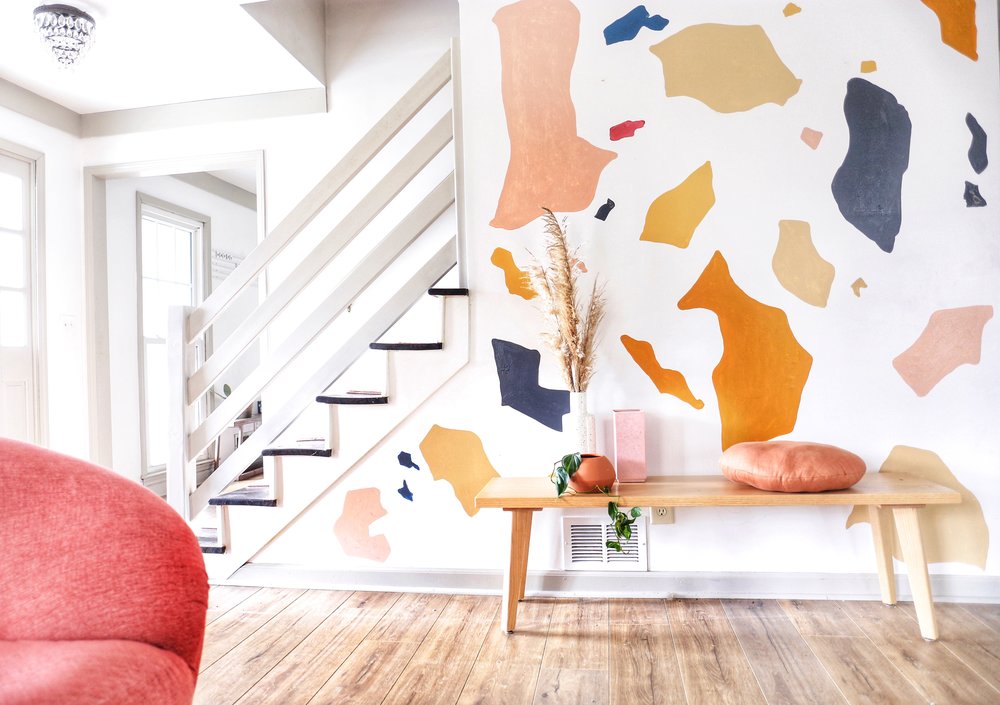 Remember upcycling wood pallets? This DIY project took over Pinterest, leading to pallet furniture (which we’ll happily leave in 2010) and wood accent walls. Cladding a wall in wood brought warmth and texture to a space, and enhanced the shabby chic or rustic style. 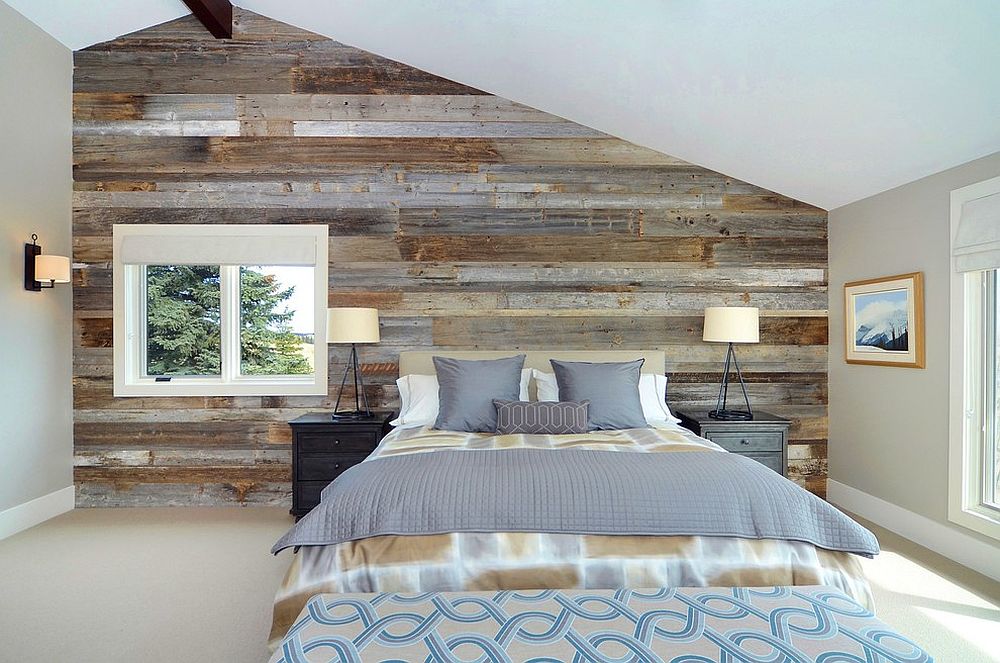 We’re not ready to let go of our accent walls just yet. Now DIYers are using strips of wood to create random geometric patterns, usually painted a dark green or blue. We’re also seeing a resurgence of older wall treatments such as picture frame paneling and wainscotting. 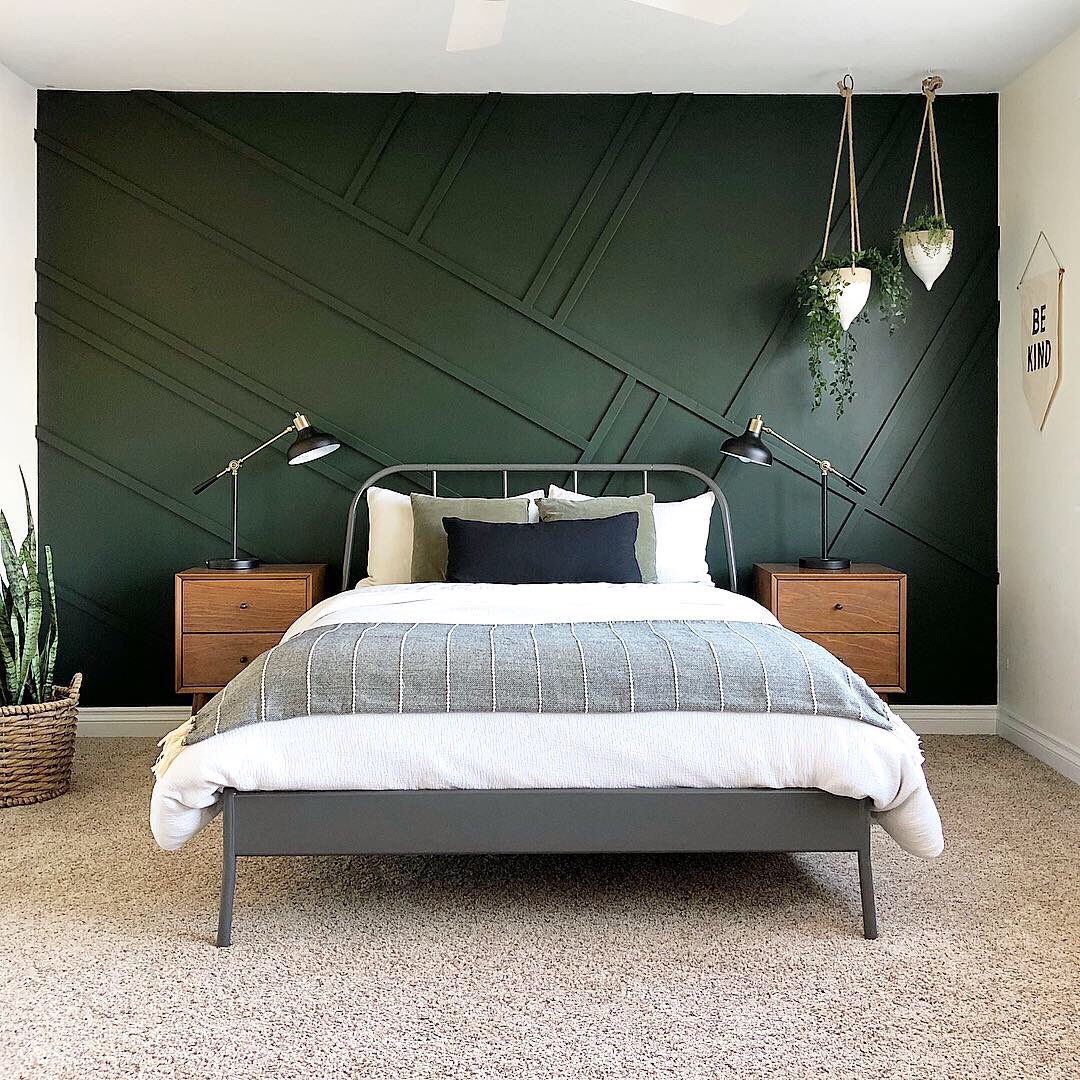 Chip and Joanna Gaines’ Fixer-Upper premiered in 2013 and for the next few years, we could not get enough of shiplap walls and barn doors. On trend, in 2016, we built this farmhouse kitchen complete with a shiplap backsplash for an Evanston family. 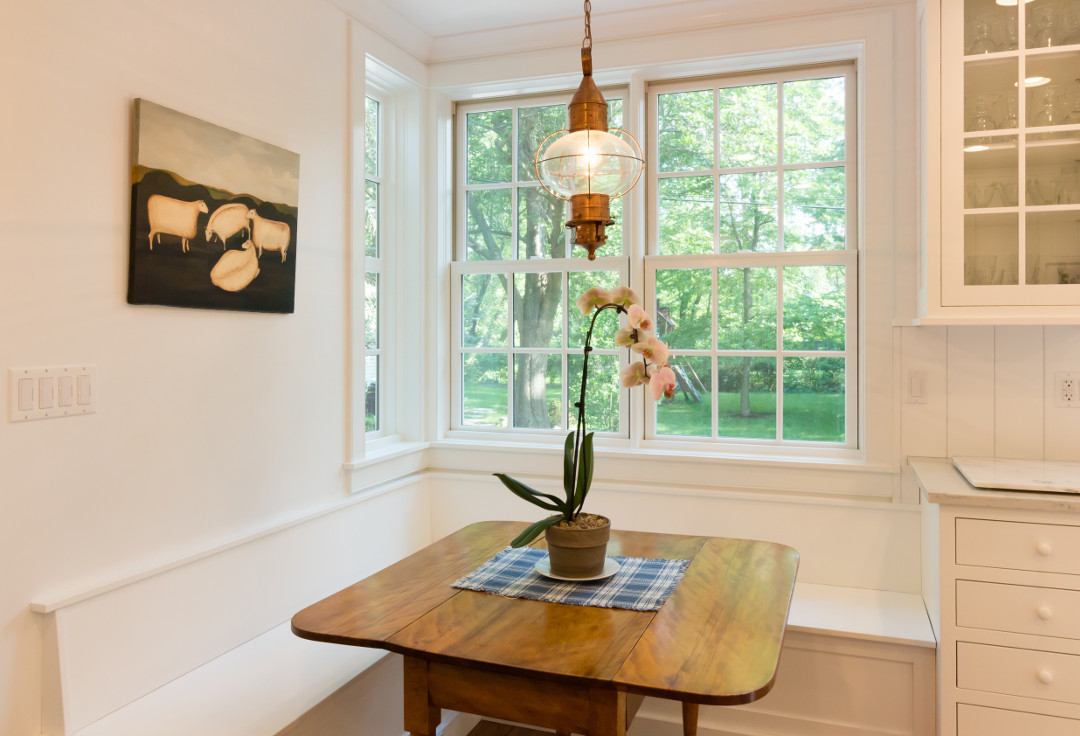 While head-to-toe farmhouse style is reaching its end, there are several elements of the style that we think will persist for several years no matter your style, including wide plank floors, architectural salvage, and the white and black color scheme, especially on exteriors. 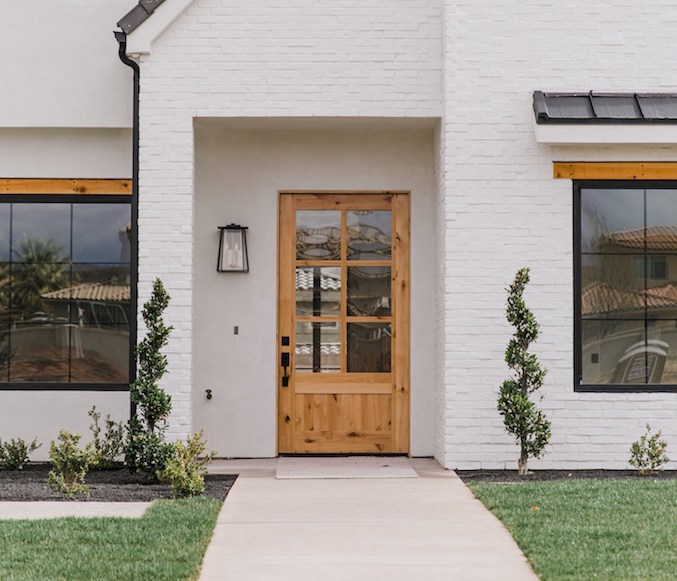 Design by Becki Owens | From Q+A: Black or White Windows?

Goodbye, Builder’s Beige. In the 2010s, the most popular wall color was gray. This Leader Builders bedroom was painted with Benjamin Moore’s Balboa Mist. Benjamin Moore’s Revere Pewter was another popular gray. 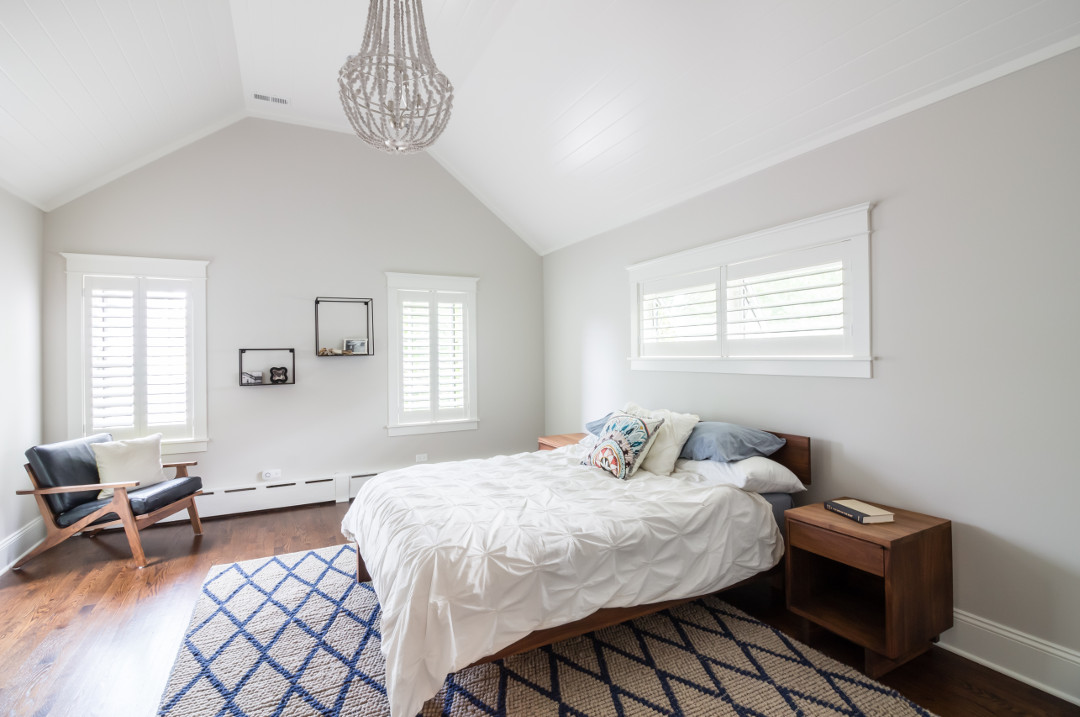 Since Benjamin Moore named Simply White their Color of the Year in 2016, the trend is shifting to white walls. Simply White, as shown below, is great if you like a hint of warmth; we’re also seeing Sherwin Williams’ Pure White used for true white walls. 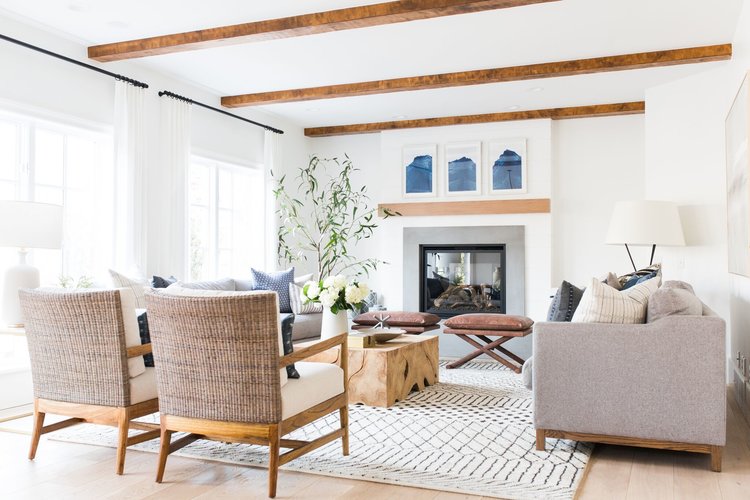 In the 2010s, nothing complemented a gray wall better than white Shaker cabinets, white subway tile, and a Caesarstone quartz countertop in Misty Carrera. Warmth was introduced to the kitchen with floating shelves and wood floors — brown granite countertops and tile floors were out. 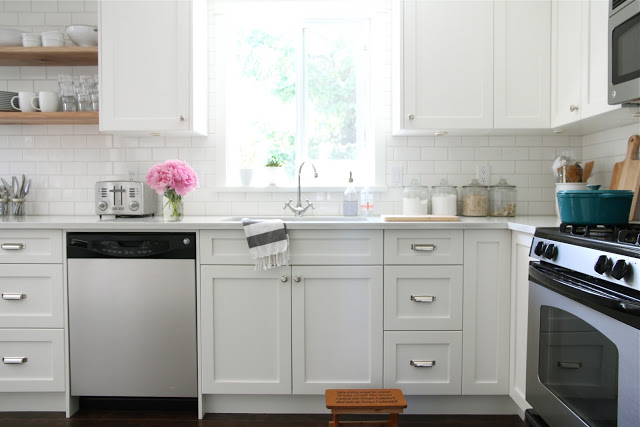 We’re bringing color back into kitchens in a big way — navy blue and green are the cabinet colors of choice. This Leader Builders kitchen features Hale Navy cabinets from Amish Custom Kitchens. Quartz is likely to stay the countertop material of choice, but in addition to marble-look, we’re now seeing concrete-look. 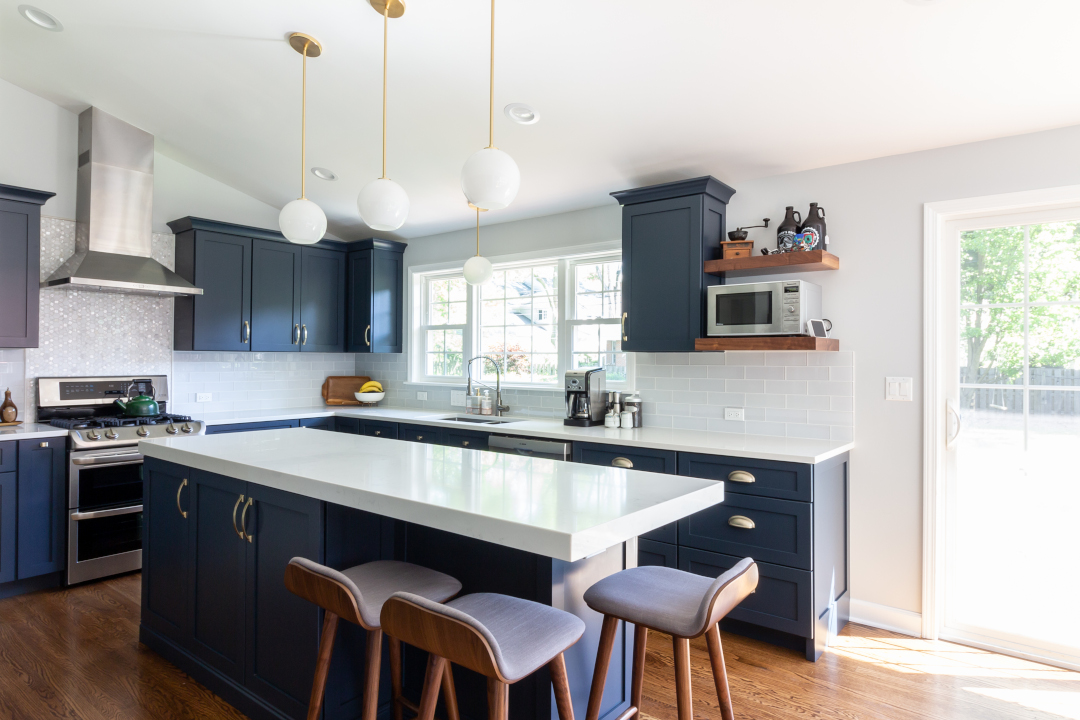 Nest was founded at the start of the decade; in 2011 they released their smart thermostat, and in 2013, their smart smoke alarm. Since then, smart devices have proliferated the market, from the Amazon Echo and Google Home speakers to smart lights, doorbells, kitchen appliances, bathroom fixtures, and more. 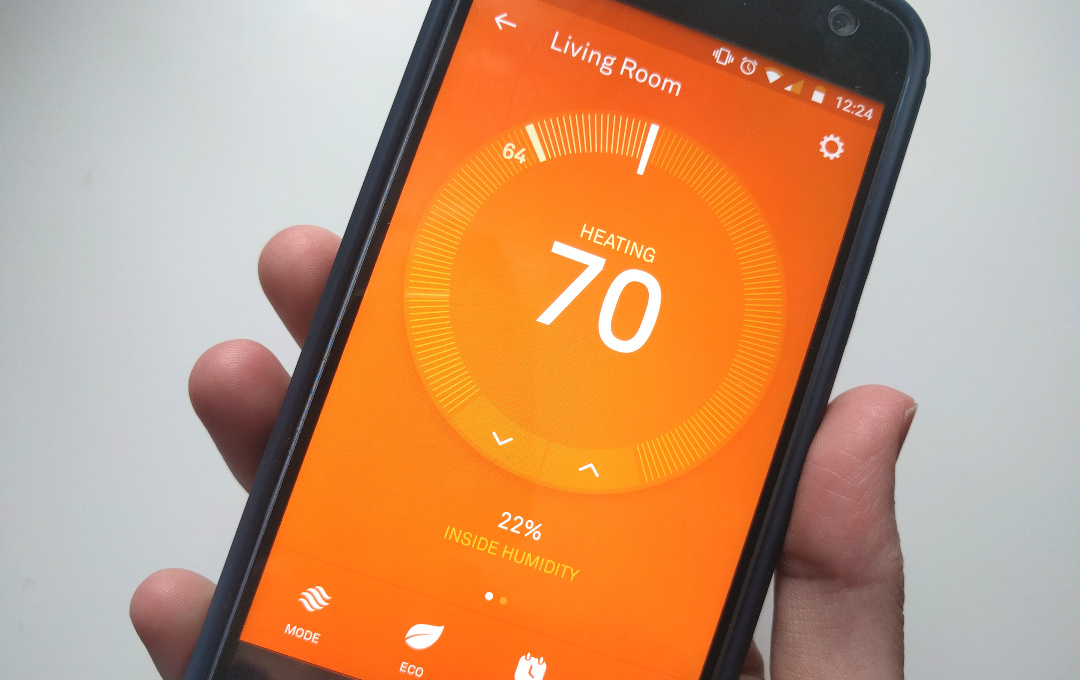 While we expect more and more types of devices to become “smart,” we predict homeowners will become more selective about which of these they bring into their homes, given the recent news about smart home security vulnerabilities.

Our obsession with bringing plants indoors started small, with succulents, but it didn’t stop there. The biggest plant trend of the 2010s was undoubtedly the tall, leafy Fiddle Leaf Fig. 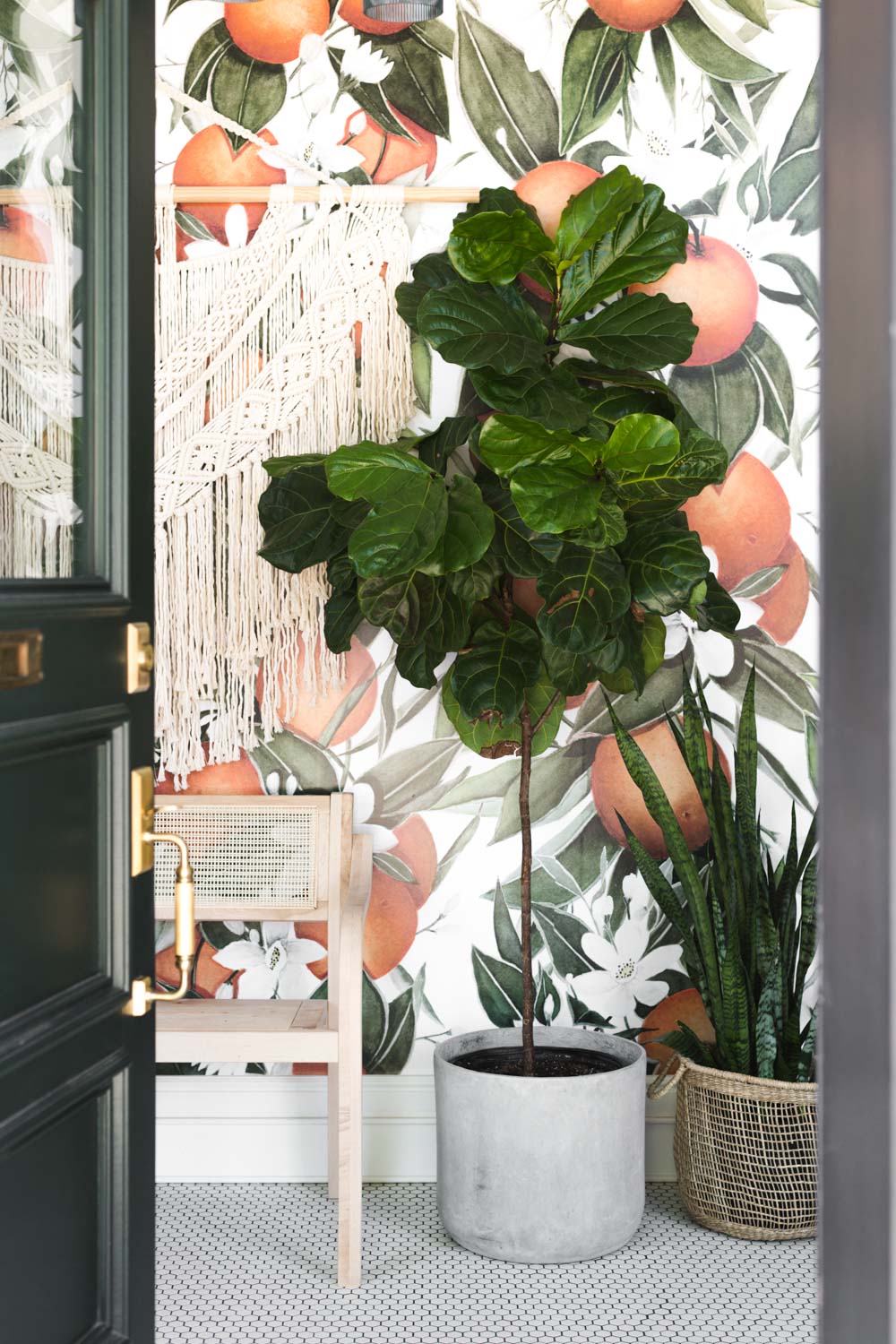 It turns out, not all of us have green thumbs. Home goods stores have started selling very realistic faux plants. And if you’re experiencing fiddle leaf burnout, look out for olive trees, the next big plant. 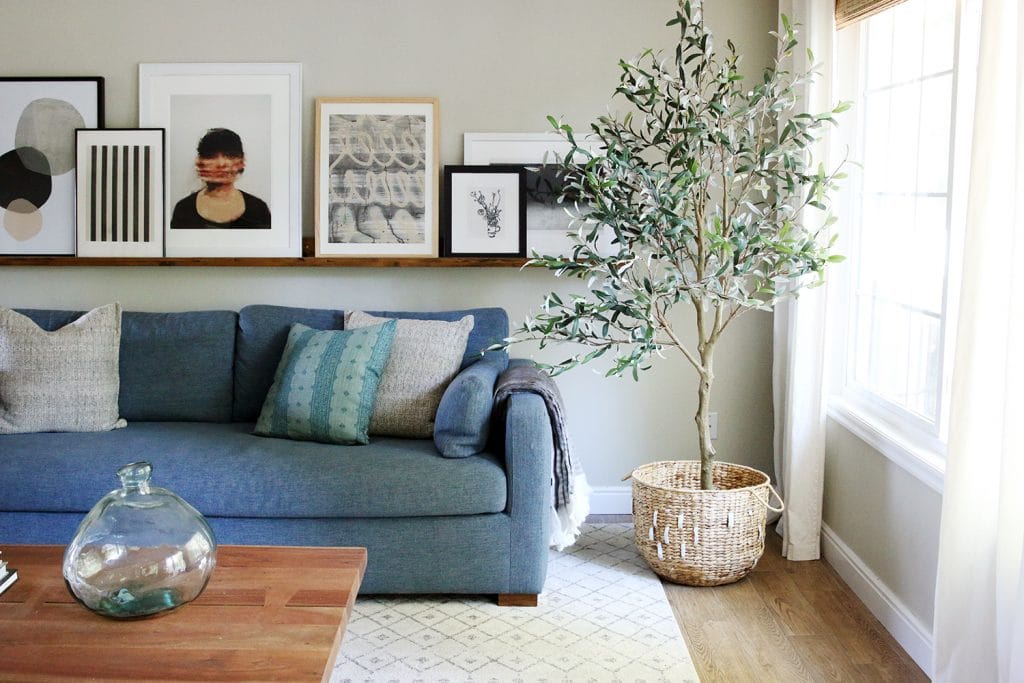 The last few years have seen a return of brass fixtures, but this time around it’s been a softer, brushed or satin brass. 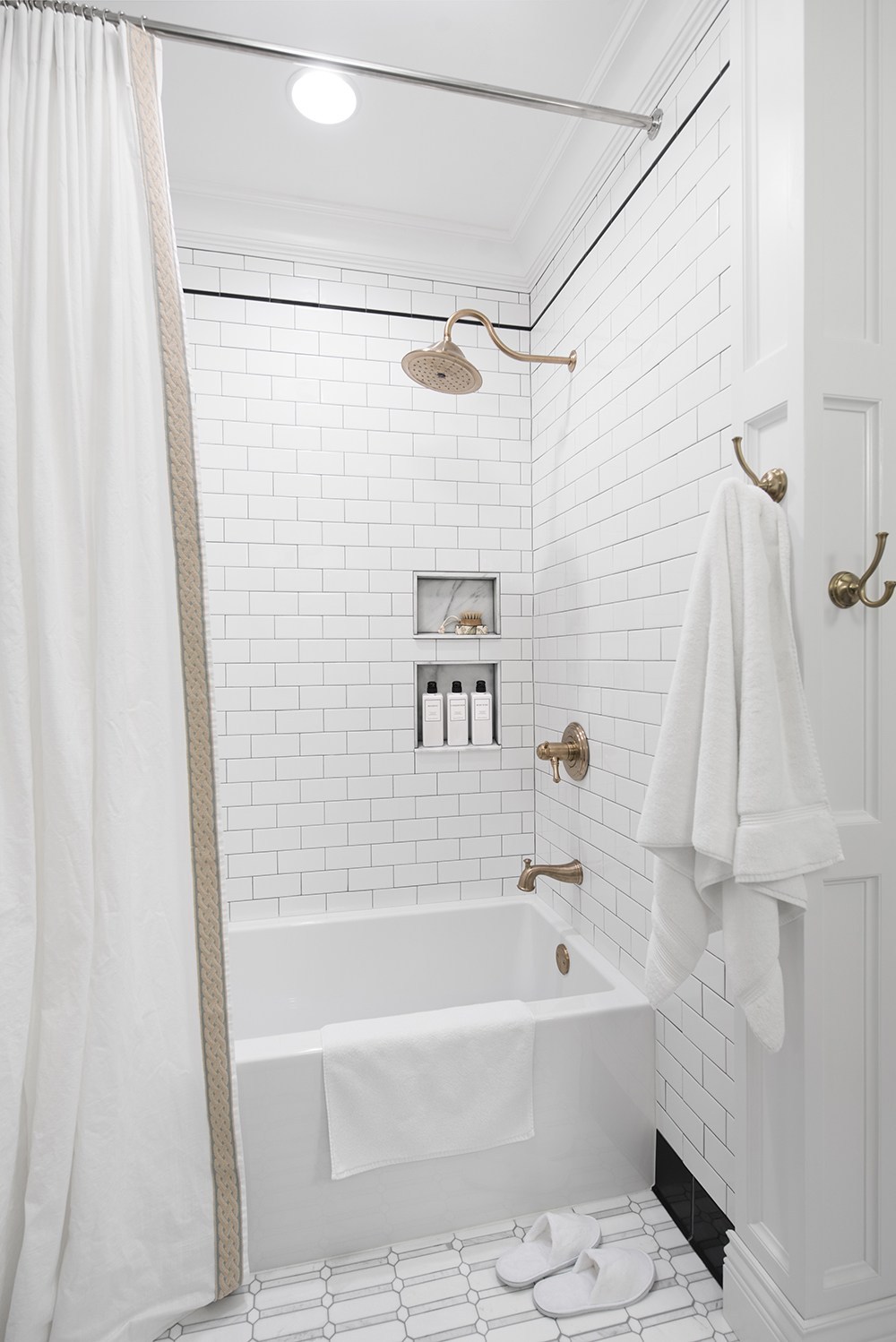 Design by Room for Tuesday | From Guest Bathroom Reveal

We’re seeing a proliferation of finish options, from matte black to rose gold to champagne bronze, not to mention mixing finishes. Basically, no option is the wrong option! 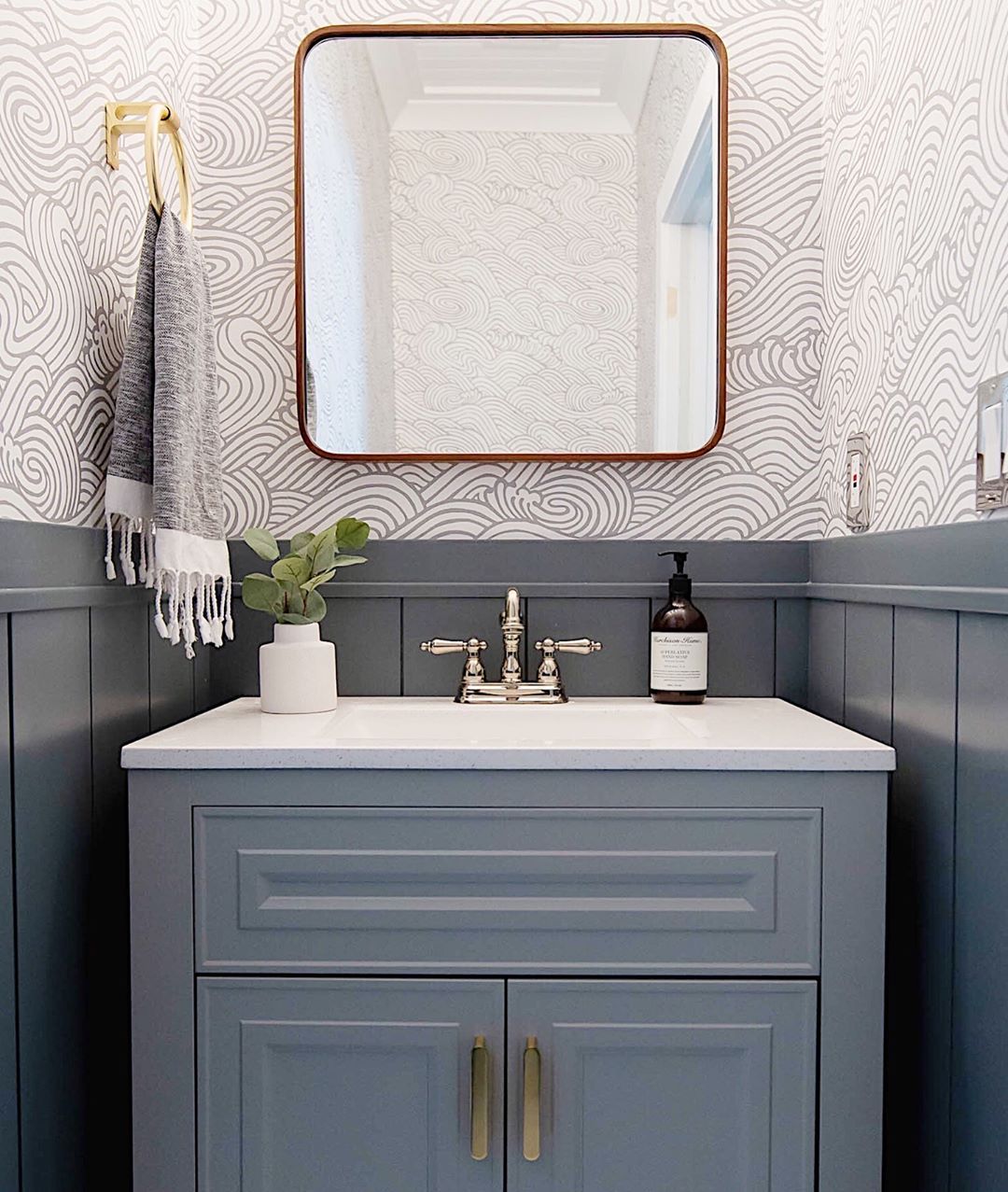 Now here’s a trend we never thought would come back. This time around, we experimented with even bolder designs with the reassurance of removable wallpaper. Leader Builders wallpapered this Lincoln Park powder room in 2018. 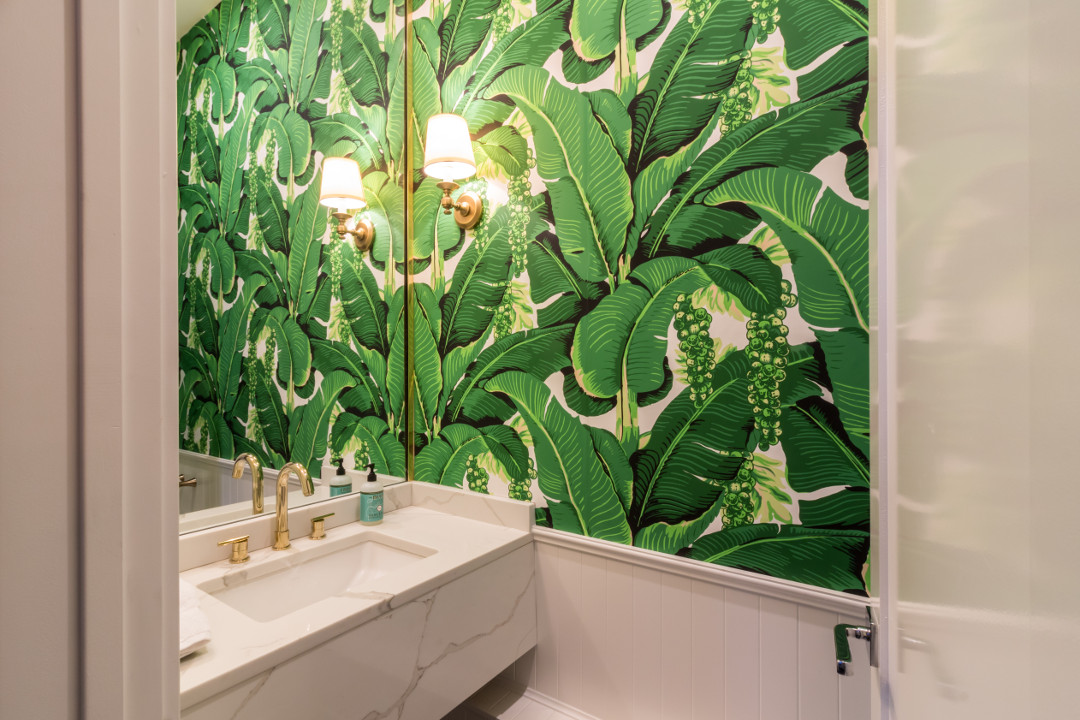 With the 80s revival just ramping up, we expect wallpaper to stick around for awhile (pun intended). Homeowners are even creating their own wallpaper patterns from vintage art, as seen below. 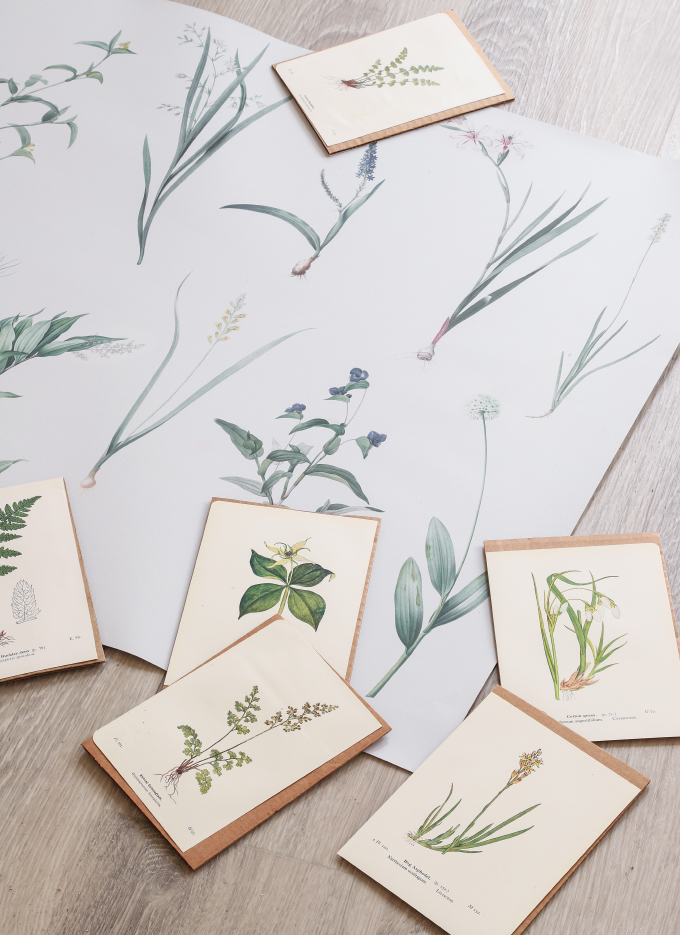 Design by I Spy DIY | From One Room Challenge Bathroom Reveal Day!!!

We hope you enjoyed the trip down memory lane. If you’re ready to start 2020 with a fresh new look, don’t hesitate to get in touch!